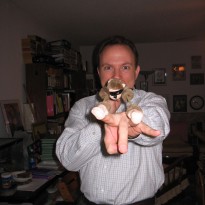 So Many Books, So Little Time...

If only I could be paid for reading, I would not have any problems working.

And yes, I am yet another refugee from Goodreads.  So far, I like BL.  What about you? 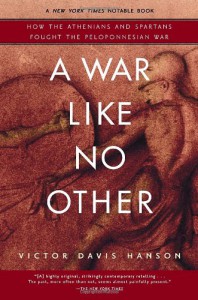 I enjoy reading classical Greek and Latin literature of all sorts: drama, poetry, and history, as well as books about these topics. So it was with the anticipation of something good that I sat down to read Hanson's "A War Like No Other". Hanson is a noted author, historian and classicist, so what could be more interesting than his take on the Peloponnesian war? A lot of things, actually.

Not that "A War Like No Other" is bad. Hanson, as has been noted in many reviews, departs from the typical linear presentation of the war, taking instead a topical approach. In each chapter he examines the war as a whole through the lens of a particular aspect of the war. In "Armor", he focuses on the life of the Greek Hoplite soldier, the main Hoplite battles, and how the nature of those battles changed radically from the opening to the closing of the war. Likewise in "Walls" he investigates the ancient Greek practice of siege warfare. Naval battles are discussed in "Ships", cavalry in "Horses", and so on. As he examines these topics in detail he also touches on several recurring themes, chief among them the cost of the war in material treasure, human lives, and the way the Peloponnesian war changed Western concepts of war forever. All of this is fascinating.

The issue I had was not with the information presented, but how it was presented. The topical approach simply did not work for me. It was too fragmented and disjoint. I felt like I was reading the same story over and over again. True, each chapter varied from the last in topic, but too many of the events and characters were repeated. The narrative thread provided by a linear history was disrupted as those characters and events lost their normal place in a timeline. It did not help that this was my first reading of a book on the Peloponnesian war. Perhaps if I had already read Thucydides, "A War Like No Other" would have been more accessible.

On the whole, Hanson's book is worthwhile, but I cannot recommend it to a newcomer to the war between Athens and Sparta. Start with Thucydides. I intend to make him my next stop.

Man and Woman He Created Them: A Theology of the Body
Michael Waldstein, Pope John Paul II
Progress: 25/768 pages